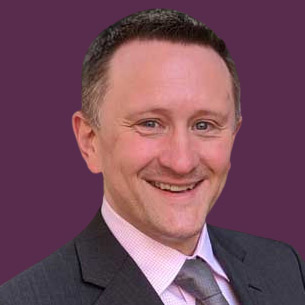 When did you become interested in IT, and why did you start the Labyrinth business?

I’ve always loved fiddling around with technology since I was a teenager, and it’s something that I still like to do today. I enjoy exploring the possibilities that new and improved hardware and software delivers to people in all scenarios, whether it’s gaming, business or personal activities. I was fortunate that this passion was something that my parents encouraged me to pursue.

It was actually an incident that involved sourcing computers for my parents that started Labyrinth Technology, because they were trying to buy two identical computers, and the supplier they were using delivered two of the same make/model, but setup to different specifications. As far as he was concerned that was job done. I realised that providing IT support and services could be done in a better way!

What were you doing before starting Labyrinth?

For many years I was a police officer in the City of London. After probation I spent time as a Special Branch Detective and then a lead planner in the Operational Planning Department working on projects of national importance such as the Golden Jubilee celebrations and the Progressive Governance event at Guildhall.

What do you like to do out of work?

As well as my role as MD of Labyrinth, I’m also a Liveryman of the Worshipful Company of Tin Plate Workers, as well as being a Magistrate in Southeast London. Both of these are very enjoyable and satisfying and keep me very busy. I also like a bit of gaming when time allows, and watching films and TV (especially if it’s something in the MCU!).

On the subject of films, what is your favourite?

I have too many favourite films to narrow it down to just one, and even a short-list changes depending on the mood I’m in!

My favourite type of holiday is to go cruising. I just love the whole thing about it and find it very relaxing. Going from place to place in a very calming atmosphere totally recharges my batteries.

Do you have a favourite quote?